Chili Just Became the First-Ever Dog Certified to Save Our Crops From Pests-PetsOnBoard.com

Categories: News Pet News pets petsonboard
Comments Off on Chili Just Became the First-Ever Dog Certified to Save Our Crops From Pests-PetsOnBoard.com 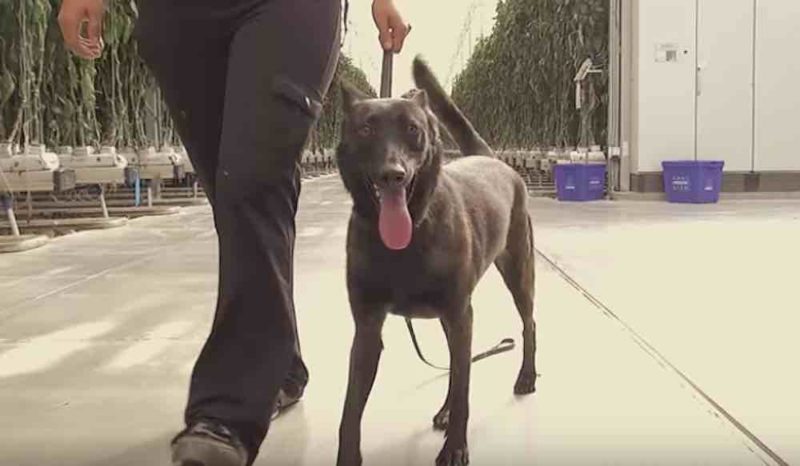 One of the largest bell pepper producers of North America almost went out of business last year after it came under fire from a dangerous little pest called the pepper weevil.

The insect, which caused over $75 million in damages to Nature Fresh Farms, could not be seen by humans and it only reproduced faster when exposed to pesticides.

The greenhouse based out of Leamington, Ontario was running out of options for pest control, and staff feared that they would be put out of business. But then, they decided to bring in Chili the 2-year-old Belgian shepherd.

“We were at wits end – we didn’t know what to do,” said Cam Lyons, a pest management scout at Nature Fresh. “And in that desperation, I just got thinking of ‘What can we do that’s different?’ … so the idea of a scent detection dog just came to mind.”

Chili is the world’s first dog certified to sniff out the pesky insect. Since she was hired by Nature Fresh Farms in July, the greenhouse has had little to no interference from the pepper weevil.

The pup is able to sniff out where there is an outbreak of pepper weevils so quarantine specialists can close off the area and eradicate the pest.

“Chili is actually really, really good ” says Chili’s dog handler Tina Heide. “She’ll usually hit on [the smell] right away. It’s actually really cool to watch her, because sometimes as soon as she picks it up … she’ll whip around and head straight for it.” 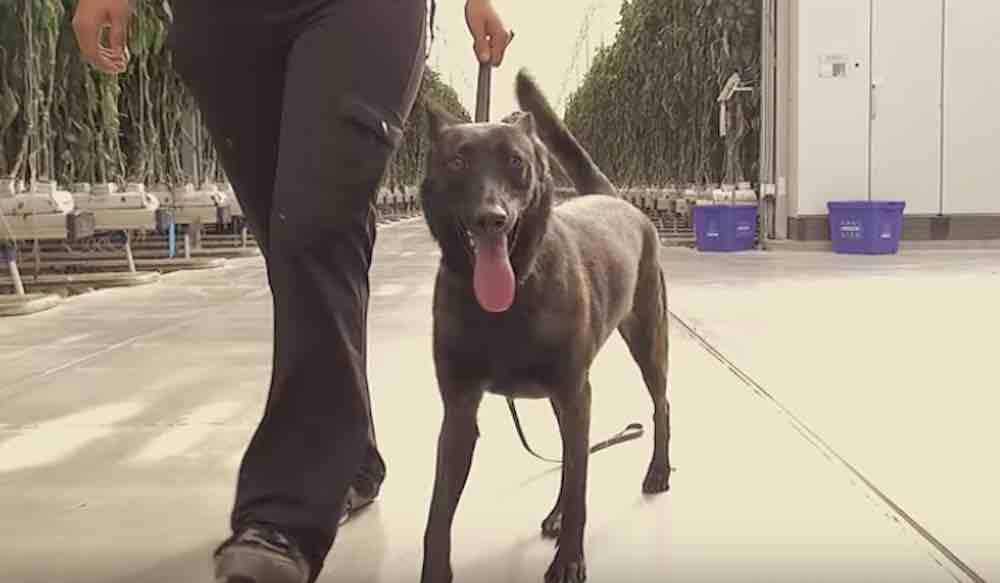 (Visited 51 times, 1 visits today)
Tags: Cam Lyons dog fire humans Nature Fresh Farms North America Tina Heide
« This Common Mushroom is Deadly for Your Dog-PetsOnBoard.com
No Bones (or Bone Treats) About It: Reasons Not to Give Your Dog Bones-PetsOnBoard.com »