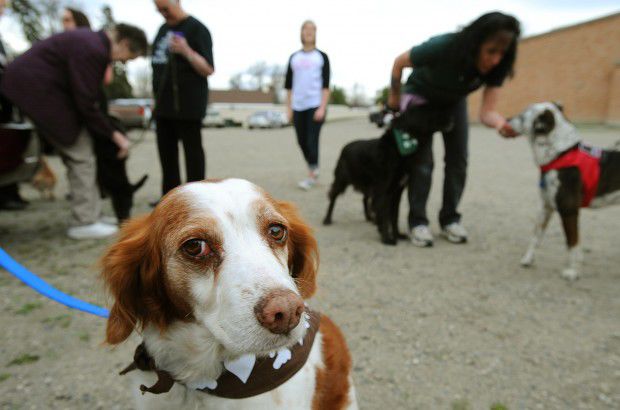 CHEYENNE, Wyo. — Misrepresenting a pet as a service animal may become a crime in Wyoming under a bill being considered in the state Legislature.The bill passed the Senate Travel Committee unanimously Thursday. It has already passed the House.The issue stems from people claiming their pet is a service animal in order to bring it into a place like a restaurant, store or rental property that doesn’t allow pets, The Wyoming Tribune Eagle reported.”For someone to bring a pet dog into a place is a slap in the face to someone who has worked hours and hours to make sure their dog is trained,” said Michelle Woerner, the CEO of K-9s 4 Mobility.Woerner said in one case, a client who uses a dog for balance took it to a grocery store. Another person’s pet dog ran up and startled the service animal, causing the client to fall.”This person almost lost her independence because someone had to bring their pet dog in there,” Woerner said.Stay updated with the Billings Gazette in your news feed. AdvertisementJill Jensen, who uses a wheelchair and has had a service dog since 2001, has limited use of her hands and legs. She pointed to the distinction between service dogs and pets.”This bill is very important to me . evidently a lot of businesses are allowing pets in, other dogs, where the person is stating their dog is a service dog,” she said. “It’s very disruptive.”