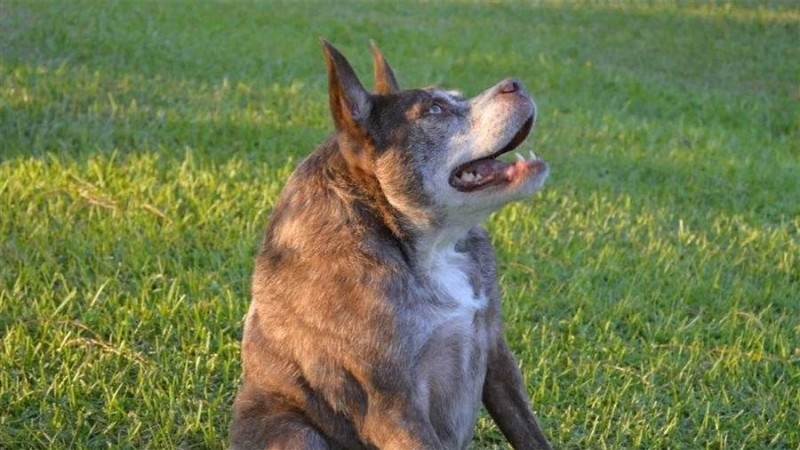 Every dog has his day, and Quasi Modo — a 10-year-old, short-spined mix of pit bull and Dutch shepherd from Florida — is no exception. His day came June 26, when he was given the dubious honor of first place in the annual World’s Ugliest Dog competition at the Sonoma-Marin Fair in Petaluma, California

Over 500 spectators turned out to watch unlovely pooches strut their stuff as they were graded on everything from natural ugliness to unusual attributes, as well as personality. Quasi Modo faced stiff competition from 26 other contestants of all shapes and sizes, but “epitomized excellence in ugliness,” said chief judge Brian Sobel.

Quasi has multiple birth defects. The biggest is that his spine is too short for his body, giving him a hunchback. The dog was abandoned at a Florida animal shelter with a bleak future because of his medical imperfections. However, one of the shelter’s veterinarians quickly fell in love with him and ended up adopting him.

His official bio on the competition’s website reads: “My appearance can be a little unsettling to some (I have had grown men jump on top of their cars to get away from me because they thought I was a hyena or Tasmanian devil), but once they get to know me I win them over with my bubbly personality.

“You should never judge a book by its cover!” the bio adds. “Just because an animal or person looks different doesn’t mean they’re any less deserving of love.”

To celebrate his win, Quasi Modo will have a media tour with stops in San Francisco and New York City. His owner will receive a $1,500 prize.