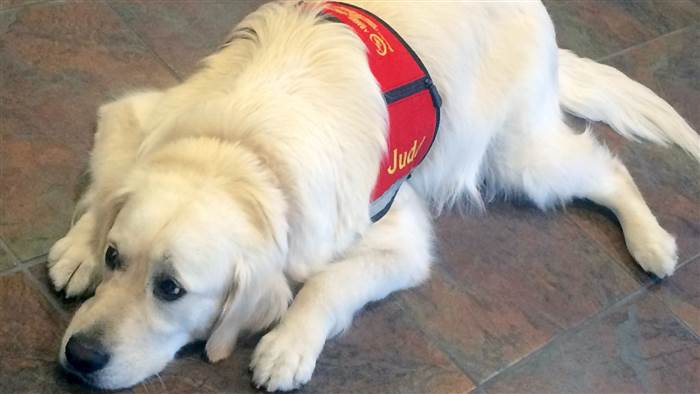 After a child was struck and killed by a train in Fairmount, Indiana, last month, an 11-year-old boy who came to the visitation sat by himself in the front row and just stared at the casket, trying to understand.That’s when Judd, a specially-trained 2-year-old golden retriever, spotted him.“He came all the way up to him, sat beside him, put his paw on his leg and buried his head in his lap, and that young boy just cried,” Shari Wallace, the grief therapy dog handler at Armes-Hunt Funeral Home in Fairmount, told TODAY.“Judd displays that loving gentle nature: ‘Everything is good. Just focus on me and I’m going to make it OK.’” 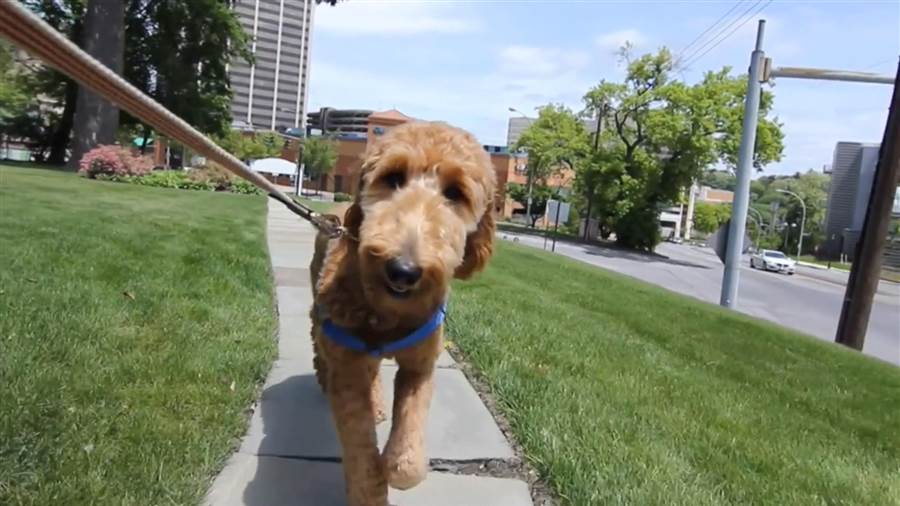 Judd is among the growing ranks of therapy dogs that work in funeral homes, becoming essential “staff members.” There’s Lulu in New York; Kermit in Texas; Dempsey in Ohio; Gracie in Missouri and many, many more.

The friendly, furry creatures can be in the room when grieving families make arrangements, and they can attend wakes and funerals, if the mourners wish. It’s always up to the family and Wallace watches closely to see whether everyone is comfortable with the idea.

The National Funeral Directors Association doesn’t keep track of how many funeral homes in the U.S. own therapy dogs, but the number has been on the rise in the last few years, said spokeswoman Jessica Koth.

“The families love it,” she noted. “An animal changes the mood of the room.”

In a survey commissioned by the association last month, more than half of respondents said they would be somewhat, very or extremely interested in having a therapy dog present at a funeral or memorial service.