Categories: Adventure Pet News pets petsonboard
Comments Off on The 10 Best Cities To Live In If You Have A Pet 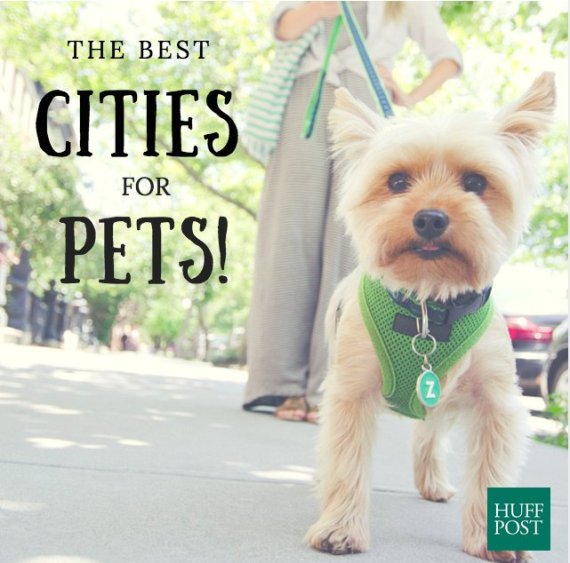 If you have a dog, cat or other pet, then go West.Cities in the Western United States are friendlier to pets and thus better places for pet owners to rent homes and apartments, according to a recent survey from real estate site Trulia. Cities like San Francisco, Seattle and Portland have not only lower average fees for renters with pets, but also more landlords that allow pets and higher concentrations of pet stores and services, on average.Trulia ranked America’s 25 largest real estate rental markets on pet friendliness. Cities in the East tended to have higher one-time “pet fees” for pet owners who rent homes and apartments: The average pet fee in Washington, D.C. for example, is more than $425, compared to an average of $184 in Portland.Renters don’t always have to pay a pet fee when signing on for a rental, but it’s something to consider before moving, says Ralph McLaughlin, a Trulia housing economist. He recommends the top-ranking cities not only for their low fees but also for plentiful pet parks and supply shops. However, if you’re caught in a not-so-friendly city for pets, don’t lose hope.”Be willing to have a conversation with your (potential) landlord,” McLaughlin told HuffPost. “Just because landlords don’t explicitly state that they want pets doesn’t mean they’re not open to it.”That’s meow-velous news! Here are Trulia’s top 10 cities for pet owners:10. San Diego, CA9. Dallas, TX8. New York, NY7. St. Louis, MO6. Chicago, IL5. Portland, OR4. Oakland, CA3. Denver, CO2. Seattle, WA1. San Francisco, CA

Source: The 10 Best Cities To Live In If You Have A Pet