Loyal dogs refuse to leave side of dying baby girl at hospital -PetsOnBoard.com 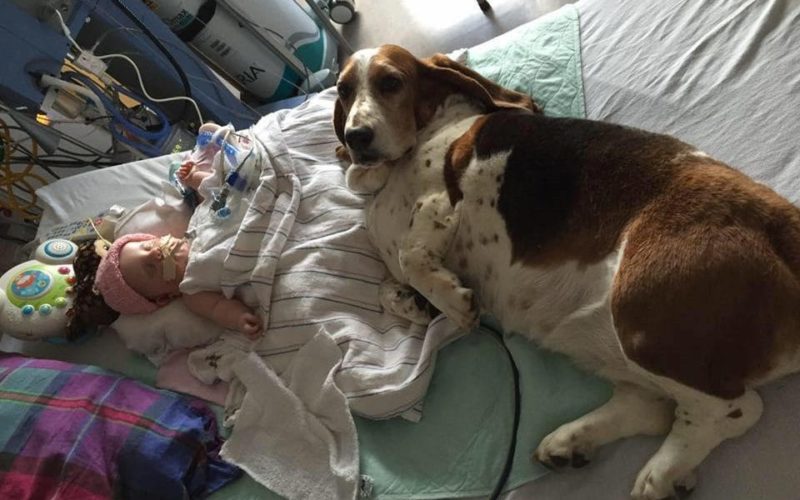 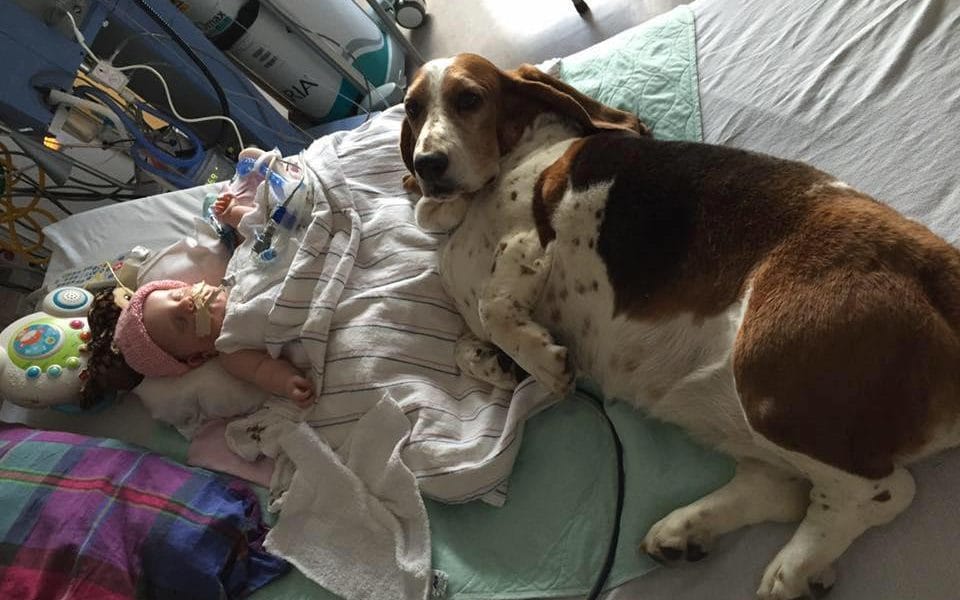 family’s loyal basset hounds have refused to leave the side of a dying baby girl who suffered a major stroke.Nora Hall’s parents have taken the heartbreaking decision to turn off their five-month-old daughter’s life support after the stroke caused brain damage and left her in a medically-induced coma.Her mother Mary Hall wrote on Facebook: “My daughter had a stroke on April 6. We have been at Children’s Hospital in Minneapolis since then. She is not going to survive.

“They allowed us to have our bassets here in the last couple of days because they are so attached to her.”

She added the dogs have appeared “very stressed and sad” in the hospital and asked members of the Wonderful World of Basset Hounds Facebook group for advice on keeping them by her bedside.

“I was leaning towards sending them away [from her room] so they didn’t get stressed, but after reading so many comments saying to keep them, then I will (the nurses are head over heels with them anyhow.”

In a series of heart-wrenching Facebook updates, the parents expressed their gratitude for the support people around the world had shown them.

Source: Loyal dogs refuse to leave side of dying baby girl at hospital