How to protect your dog from the flu- PetsOnBoard.com

Categories: News Pet News pets petsonboard
Comments Off on How to protect your dog from the flu- PetsOnBoard.com 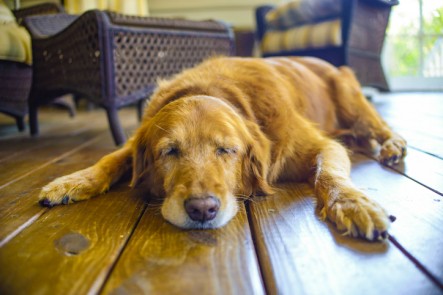 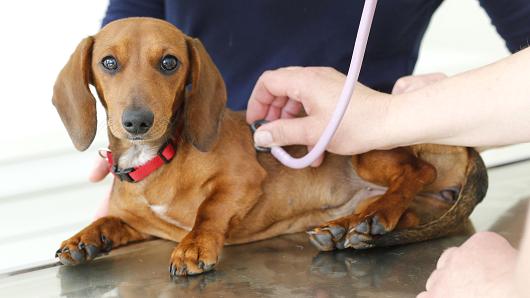 As Americans take caution through this year’s deadly flu season, there’s one family member that should not be forgotten: the dog.

As the Centers for Disease Control and Prevention reports widespread human flu activity in 49 U.S. states, Cornell University’s College of Veterinary Medicine has reported an uptick in cases of the canine influenza virus H3N2, most notably in California, Kentucky and Ohio.

Though the dog influenza is not zoonotic to humans, dog owners should be wary of letting their pets have close contact with other dogs at kennels, dog parks and daycares. Like the human flu, dog flu is spread from canine to canine when they bark, sneeze or cough at one another, ABC News notes.
“It’s unpredictable how this happens and really depends on when a dog who has been exposed to influenza gets introduced to an environment where the virus can easily spread,” Dr. Amy Glaser, director of Cornell’s Molecular Diagnostics Animal Health Diagnostic Center, told ABC of the virus.

When it comes to assessing if Fido’s symptoms warrant a visit to the vet, Dr. Brian Collins, section chief and lecturer of Cornell University College of Veterinary Medicine’s Community Practice Service told PetMD that the dog flu is easily mistaken for kennel cough. Collins says that a fever, lingering cough, decreased appetite, lethargy and green discharge from the nose and eyes are likely surefire signs that your four-legged family member has the flu.
Adding that though the dog flu is a “serious respiratory illness” and medications can be prescribed, Glaser says that most dogs will recover with rest and good nutrition. Meanwhile, dog owners should ensure that Fido doesn’t get too close to other household pets, as H3N2 can be spread amongst animals.

Meanwhile, if human family members are sick, Glaser says that they should distance themselves from pets, as dogs and cats can contract the human flu. As tough as it may be to avoid snuggling up with pets on a sick day, keeping space guarantees both a speedy recovery and active prevention for all.