His dog was given months to live, so this man took her on a cross-country trip – PetsOnBoard.com

Categories: News Pet News pets petsonboard
Comments Off on His dog was given months to live, so this man took her on a cross-country trip – PetsOnBoard.com 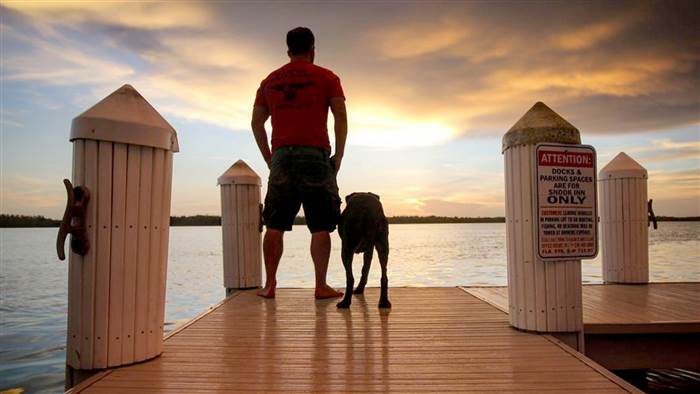 When Robert Kugler’s dog was diagnosed with cancer, he was given two options: amputate her leg or put her down. That is, until Kugler came up with a third option.Even though Kugler’s canine companion of nine years, Bella, was only given three to six months to live, he made the tough call of having doctors remove one of her front legs.Then, he made another life-changing decision: to take her on a cross-country trip.In May of 2015, a shoulder injury revealed the chocolate lab had an advanced form of bone cancer called osteosarcoma that already spread to her lungs. “I just didn’t want her to be gone one day when I came home,” Kugler told NBC affiliate WOWT. So, the two made the best of it, and started their adventure through America.

A Marine veteran, was fresh out of school when he made the decision to road trip with Bella. “I feel like right now this is my purpose. It’s the chapter in my life right now is just exploring with my dog,” he said.According to WOWT, so far the man and best-friend duo explored the Northeast and started heading South, most recently enjoying the heat and exploring landmarks in North Carolina, Georgia and Florida.

Despite the journey being a farewell tour, Bella recently celebrated 14 months since her diagnosis, a leap from the six months doctors originally gave her.”I just saw firsthand what happens when you don’t do what you want to do in your life and that’s that you don’t get to do it,” said Kugler.

Source: His dog was given months to live, so this man took her on a cross-country trip – TODAY.com