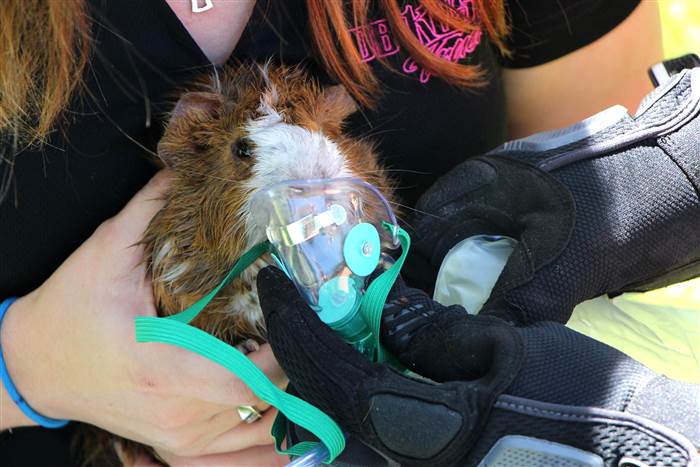 Polk County firefighter John Williams was doing a sweep of a single-family home in Mulberry, Florida, that had erupted in flames after a grease fire started in the kitchen on April 8. But little did he know that there was one more rescue ahead of him.”The smoke was thick when Williams came upon the cage of the family pet, Rodney the guinea pig,” Kevin Watler, a representative from Polk County Fire Rescue, told TODAY. “He did not hesitate. He grabbed the cage and took it outside into the fresh air, where rescue workers assessed that Rodney had inhaled a lot of smoke and gave him oxygen and water.”Polk County GovernmentRodney received oxygen after inhaling smoke from the fire.Kristi Waller, who resided at the house, had been at the doctor’s office with her daughter when the fire broke out. “My boyfriend was at home cooking french fries, and dropped the pan,” the 29-year-old told TODAY. “His face was burned in the process and it caught the kitchen on fire.” 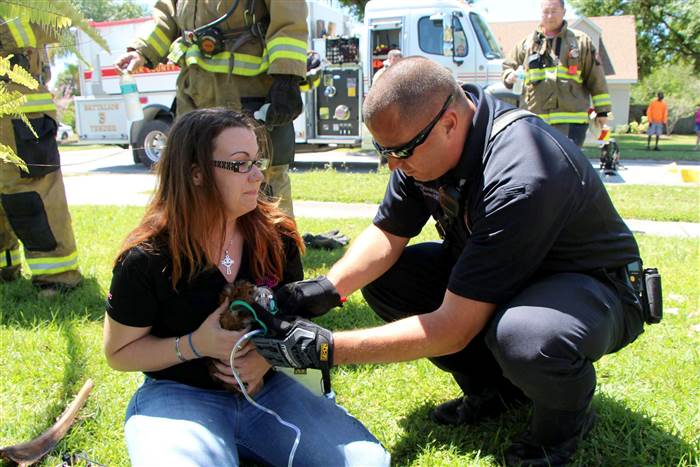