Dognapping: What to know to keep your pet safe from this growing crime | PetsOnBoard.com

Categories: Pet News pets petsonboard
Comments Off on Dognapping: What to know to keep your pet safe from this growing crime | PetsOnBoard.com 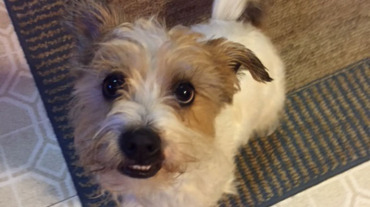 They are tormenting “tails” of loss, as man’s best friends becomes a thief’s biggest target.If you think your dog is safe the experts say think again.Dognappers are prowling both the cities and suburbs, stealing people’s pets at an alarming rate.An estimated two million pets are stolen each year in the United States. That’s up 32 percent, according to the American Kennel Club. And the number of actual dogs stolen could be potentially much greater, because that statistic only reflects dogs reported missing in the news media and to the AKC.“It is a problem,” said Kellie DiFrischia, “You can’t be too cautious.”DiFrischia is Director of Columbus Dog Connection, a non-profit 501c3 animal rescue group that has co-authored animal rights legislation and provides low-cost spaying and neutering across the state.She says they have seen dogs taken from every kind of neighborhood, from extremely wealthy developments to working class communities and rural areas.“Dognapping is a crime of opportunity,” said DiFrischia. “Dogs have been stolen from fenced in yards and front porches.”There are a number of different reasons for the thefts.Some dogs are used for dog fighting either as a fighter, trainer or bait. Animals that are not “fixed” are often sold to puppy mills to be used as breeders, and other dogs might be sold for a quick profit on websites like Craigslist.Often times the thief is a stranger but not always.  DiFrischia said ex-spouses or former friends might take the dog to hurt the other person.One NE Ohio couple says an estranged family member took their beloved dog.Shelby and Brian Patton told Fox 8 news reporter Suzanne Stratford that they were moving out of a house on the family member’s property in Wayne County when their 6-year-old dog Ryder disappeared last summer.She says the male family member told her the dog ran away while they were loading the truck.  He wanted them to leave and claimed he had already looked for the dog, but said she was nowhere to be found.The couple tried to return to the farm on multiple occasions to look for Ryder, but Shelby said the family member wouldn’t let them on the property.“We had a feeling something was up,” said Shelby.The couple continued to post fliers and notices on Facebook for months and she says that’s when the now-estranged family member contacted her.“He kept the dog for himself,” said Shelby. “He said ‘well I microchipped this dog and relicensed her’… I was totally at a loss for words.”Shelby and Brian have now had to take the family member to civil court in Wayne County and must prove through dog-licensing records, veterinary care receipts and photographs that they are the rightful owners.

Source: Dognapping: What to know to keep your pet safe from this growing crime | fox8.com