Dog stays by owner’s side for 20 hours after man falls on ice and breaks his neck – PetsOnBoard.com

Categories: News Pet News pets petsonboard
Comments Off on Dog stays by owner’s side for 20 hours after man falls on ice and breaks his neck – PetsOnBoard.com

What was supposed to be a quick dash to get some firewood turned into a 20-hour, near-death ordeal after a man fell in the snow and broke his neck outside his northern Michigan home.The 64-year-old man was saved in part by his dog, Kelsey, who kept his owner warm and alert by lying on his body and licking his face and hands until help arrived.“He has marks on his arms from her pawing at him when he was losing consciousness,” said the man’s daughter, Jenny. “It was like, she knew that he had to stay awake because if he fell asleep he wouldn’t wake up again.” 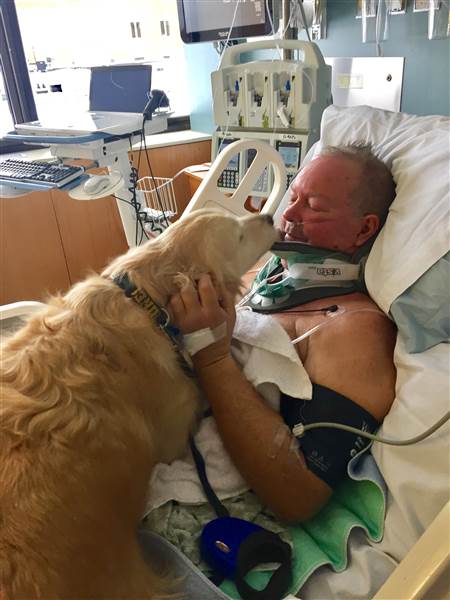 Source: Dog stays by owner’s side for 20 hours after man falls on ice and breaks his neck – TODAY.com

(Visited 114 times, 1 visits today)
Tags: Source Dog
« Do animal shelters get a spike in returned pets in the beginning of the year?-PetsOnBoard.com
Deaf shelter dog helps boy with autism – PetsOnBoard.com »