Dog breeds that bite the most along the Front Range

Categories: Pet News
Comments Off on Dog breeds that bite the most along the Front Range 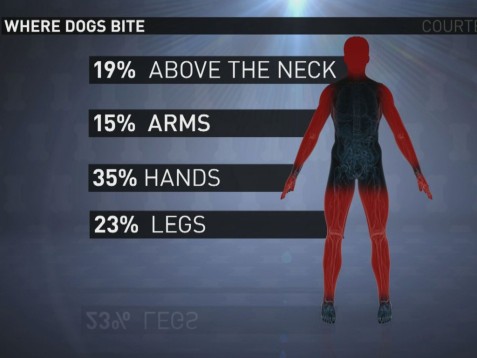 Why do dogs bite?

“If a dog has teeth, it has potential to bite,” Sgt. Stephen Romero, a 20-year veteran of Denver’s Animal Control, said. “If it’s in the right conditions [or] circumstance, it can potentially bite.”

Experts who spoke to 9Wants to Know for this analysis typically categorized dogs into two categories when they bite: fear biters and aggressive biters.

“Dogs learn that biting is basically a form of control,” Sean Miller who owns American Canine Academy and often testifies in court as an expert witness in animal cases, said. “One-hundred percent of the time we flinch or we feel pain, so it immediately neutralizes the situation in the dog’s mind. It becomes a trump card to a dog.”

Anecdotally, Tara Morse, one of the supervisors at the Denver Animal Shelter, says many of the bite cases that come in often involve strays who got loose after being tied up in a yard all day.

“A dog who is tied, isolated from the world, is three times more likely to bite than a dog who is socialized,” Morse said.

via Dog breeds that bite the most along the Front Range.