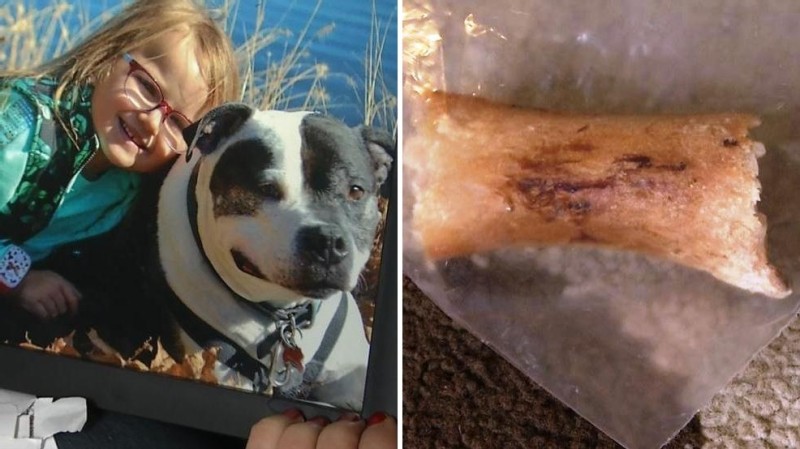 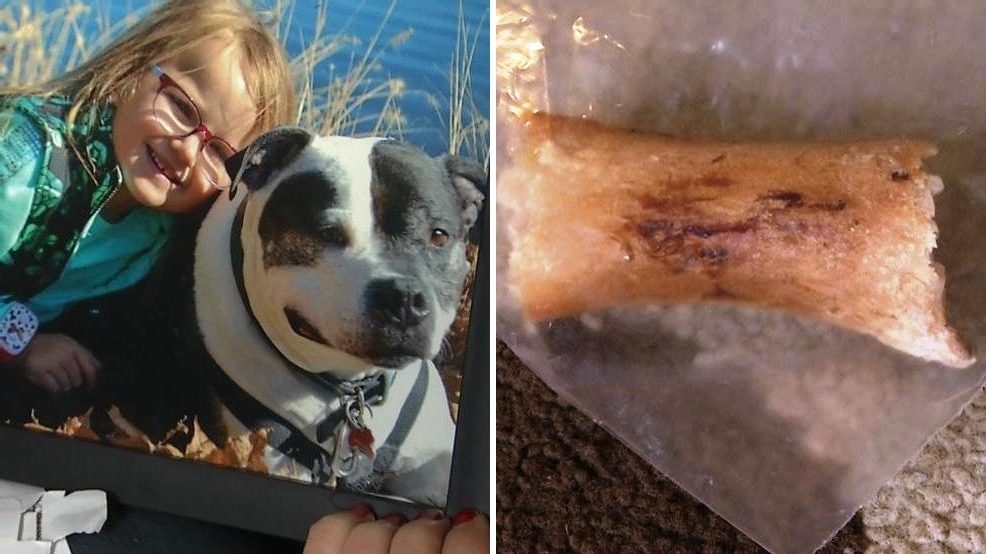 A Columbus woman blames a popular dog bone for her dog’s agonizing death. And she found out people across the country say it happened to their dogs too.Tami Lengyel says she gave her dog Louie a “Dynamic Pet Real Ham Bone” as a treat for his 8th birthday. But then later that night, Louie started vomiting.”About 5:00 in the morning, went to let him out again and he just dropped on the ground and I screamed for my husband to help me,” Lengyel said.The family rushed the beloved dog to the vet, where they learned he was critically ill. “They showed me x-rays of Louie’s insides of his colon and the vet showed me where the splinters of this product had lodged into his colon and he couldn’t get it out.”Louie couldn’t be saved.Dr. Barbra Lightner, who treated Louie, warns that pieces of any item – socks, toys, balls, or sticks – can obstruct intestines. And cooked or roasted dog bones often splinter. “I generally don’t give my own animals bones, either cooked, or raw of that nature, because they can be a significant problem,” Dr. Lightner said.The Better Business Bureau of St. Louis issued a warning about Dynamic Pet Real Ham Bones in 2010. That warning is still in effect and a class action lawsuit has been filed against the company in California. The word is going viral online, with one Facebook post about the bones being shared nearly a quarter of a million times.The company didn’t respond to ABC 6, but has repeatedly pointed to this warning on the package: “Supervise your pet, bone to be chewed, not eaten. Remove bone immediately if splintering occurs. Pet owner assumes liability.”As for the Lengyel family, the Christmas collar Tami bought for Louie still hangs on the tree, as she vows justice for her dog. “This is about money to this company and I want to send a message that you know, it’s not about money to me. It’s about ‘you killed my dog, and how many other dogs did you killed?'” Lengyel said.The bone is sold at several retailers, including big stores like Walmart.Dr. Lightner says if your pet ingests something, then starts to vomit, won’t eat or feels ill, get them to a vet as soon as possible, because there’s a good chance your pet has an intestinal blockage.