Abandoned dog waited a month for owners to return until touching rescue – PetsOnBoard.com 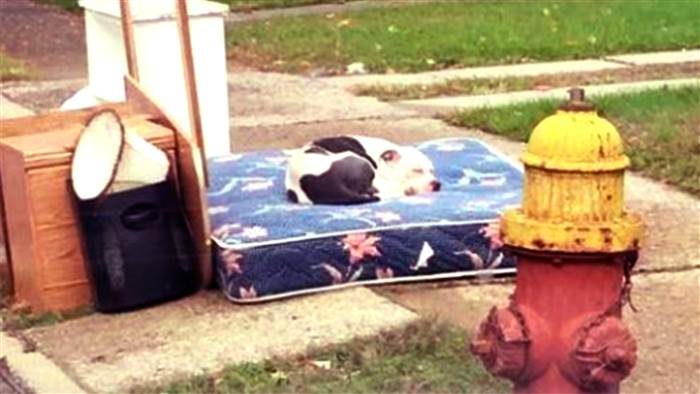 When a dog’s family was evicted about a month ago, their belongings were put out on the curb. Their dog, Boo, was put out, too.Later, said Dustin Oliver, the family “came back and took what they wanted, and left behind what they didn’t. Including Boo.”Detroit Youth & Dog RescueThis heartbreaking image of “Boo” sleeping with his family’s discarded belongings went viral. 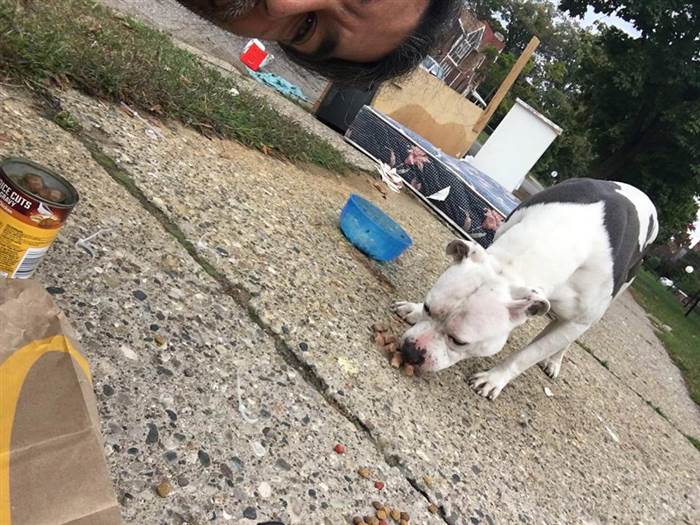 BoBoo stuck close, often sleeping on his family’s discarded mattress. A neighbor fed him and gave him water — and tried to find him some help. She reached Oliver, founder of Detroit Youth & Dog Rescue — an organization that feeds homeless people, and cares for homeless pets — who set out to save the dog.

It took many hours over two days, and a lot of Egg McMuffins, to lure Boo from his mattress — which Oliver, 40, told TODAY he believes the dog slept on not just for comfort, but because it held his family’s scent.Detroit Youth & Dog RescueDustin Oliver had to gain Boo’s trust with food. 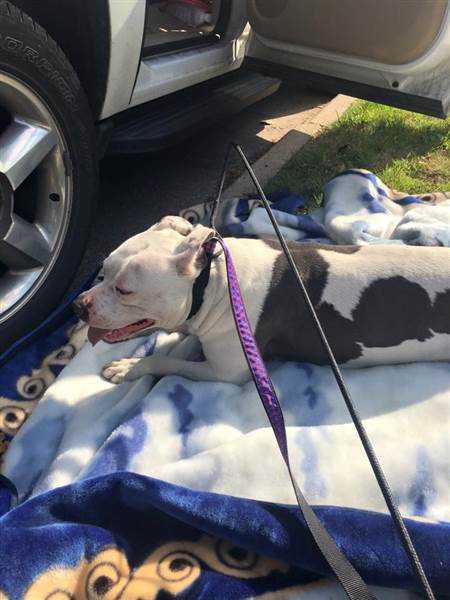 Finally Boo accepted Oliver’s kindness.“We just had a conversation, me and Boo. I told him how this is going to go, how he’ll never be hurt again,” Oliver said to BuzzFeed News.Then the dog got into Oliver’s truck and rode off into a new life.Detroit Youth & Dog RescueThe abandoned dog got his name because the markings on his side look like the word “boo.”For the last week and a half, Boo has been recuperating at a veterinary hospital, where he’s “doing amazing,” Oliver said. “Boo has come out of his shell.

Detroit Youth & Dog RescueOliver and Boo at the veterinarian’s officeBoo is heartworm positive, and will need about six months’ worth of treatment, so Oliver is now looking for someone in the area who can take Boo in as a foster. The hope is that someone will fall in love, and decide to adopt him permanently. (Here’s how to reach out, if you can help.)But now Oliver has to get off the phone, because even though Boo’s rescue is attracting a lot of new attention — a welcome but also overwhelming amount, Oliver said — there’s still a lot of work to do.

Youth & Dog RescueTwice a month, Oliver puts together luncheons for about 100 homeless people and folks who he describes as “less fortunate,” at Faith of God Mission Church in Detroit.That includes raising money for Boo and the other dogs in the rescue — like two puppies found the other night, on the railroad tracks — and, right this minute, cooking spaghetti and chili for 100 people waiting for their lunch at a local church.”We are way, way, way more than a dog rescue,” Oliver said. “I’m attempting to heal the entire community.”