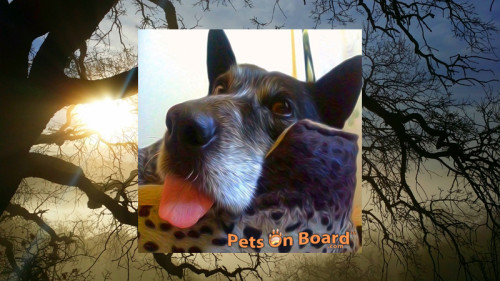 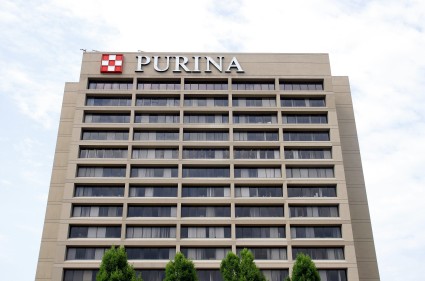 ecent lawsuit filed against Nestle Purina PetCare Company is claiming that one of the company’s most popular dog food brands contains toxins that are poisoning and even killing people’s pets.

The lawsuit, filed in California federal court earlier this month by pet owner Frank Lucido, alleges that thousands of dogs have become ill or died as a result of eating Beneful dry kibble dog food.

Lucido and his family owned three dogs — a four-year-old German Shepherd, an eight-year-old English Bulldog and an 11-year-old Labrador — and began feeding the pets Beneful exclusively beginning in late December or early January, according to the suit. Because of home renovations, the dogs were kept in three different houses.

By the end of January all three of the dogs became ill and the English Bulldog eventually died, according to the suit. A post-mortem examination revealed signs of internal bleeding in the dog’s stomach and lesions on his liver. Similar symptoms were found in Lucido’s German Shepherd, who became violently ill before the bulldog’s death. A veterinary exam of the dog also showed signs of internal bleeding and liver malfunction “consistent with poisoning,” the lawsuit said. Lucido’s two remaining dogs remain in veterinary care, his lawyer said.

“All three of them weren’t exposed to a singular condition,” Jeffrey B. Cereghino, a lawyer representing Lucido, told NBC News. “The one constant they had was they were all eating the same dog food.”

Lucido’s story is similar to more than 3,000 complaints consumers have made online of dogs becoming ill and in some cases dying after eating Beneful kibble style dog foods, according to the complaint. The consistent symptoms reported include stomach internal bleeding, malfunction or failure of the liver, vomiting, diarrhea and weight loss.

The lawsuit claims toxins in Beneful are to blame, listing propylene glycol and mycotoxins as possibly harmful substances in the dog food.

While the suit alleges propylene glycol is a known animal toxin and component of automotive antifreeze, Purina says on its website that the type it uses is “an FDA-approved food additive that is also in human foods like salad dressing and cake mix.”

Mycotoxins are a group of toxins produced by mold found in grains, a major ingredient in Beneful. Mycotoxins pose a health risk to dogs and consumer complaints on Beneful report symptoms consistent with mycotoxin poisoning, according to the lawsuit. Cereghino said he and his team plan to collect further data and perform testing of the products for toxins.

“Cases like these are important because we do invest so much love and time in our pets and they are such a part of our family.”

“When there’s been a crescendo of complaints you have to pay attention,” he said.

Purina issued a statement in response to the lawsuit saying “there are no quality issues with Beneful.”

“We believe the lawsuit is baseless, and we intend to vigorously defend ourselves and our brand,” the statement read. “Beneful had two previous class action suits filed in recent years with similar baseless allegations, and both were dismissed by the courts.”

Yet, in another lawsuit settled in May, Purina and Waggin’ Train LLC agreed to create a $6.5 million fund to compensate pet owners who believed their animals were harmed after consuming jerky treats that were made in China.

Food and Drug Administration officials said at the time that pet treats, mostly imported from China, had been linked more than 1,000 deaths in dogs, more than 4,800 complaints of animal illness, and even three cases of humans getting sick after eating the products.

“Beneful had two previous class action suits filed in recent years with similar baseless allegations, and both were dismissed by the courts.”

The settlement was open to any consumer whose pet may have eaten the dog treat products before a voluntary recall was issued in January 2013. However neither company ever admitted fault in the settlement, with Purina consistently saying tests detected no contaminants and that their treats were safe to eat as directed.

Regarding the recent complaints about Beneful, Purina said, “Like other pet foods, Beneful is occasionally the subject of social media-driven misinformation. On-line postings often contain false, unsupported and misleading allegations that cause undue concern and confusion for our Beneful customers.”

The new filing is asking that Purina pay Lucido and other members of the class action lawsuit unspecified actual, statutory and punitive damages and restitution.

“Cases like these are important because we do invest so much love and time in our pets and they are such a part of our family,” Cereghino said. “What is going on at this point is significant in the lives people who lost their pets.”

The lawsuit is seeking class-action status.