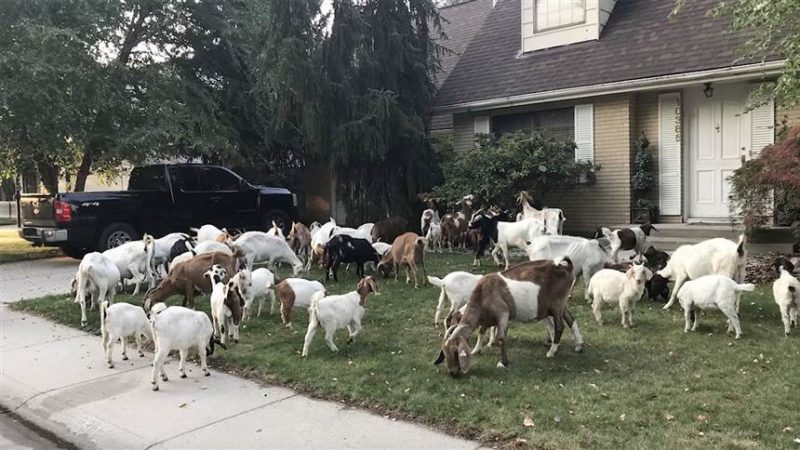 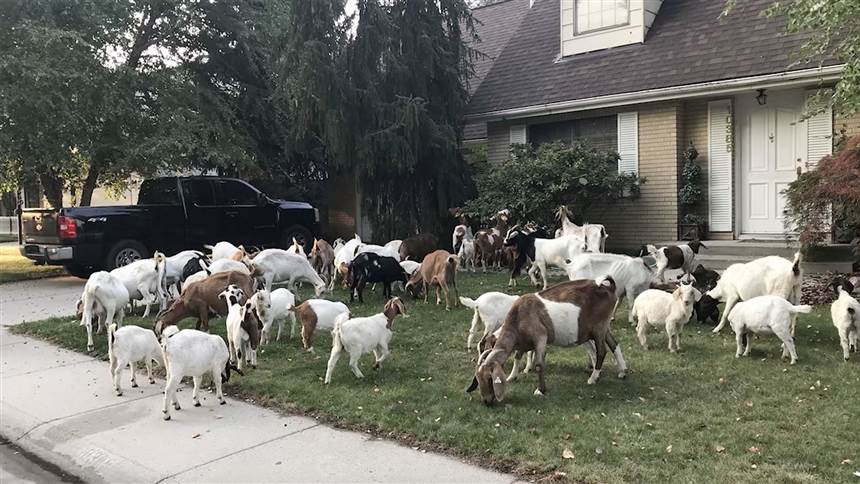 No kidding! More than 100 rogue goats descend on Idaho neighborhood

Residents in West Boise, Idaho, were surely dumbfounded Friday morning when they stepped outside their front doors to find dozens of hungry goats snacking through their yards.

oe Parris, a reporter with local NBC affiliate KTVB, tweeted a series of photos from the scene, noting that neighbors had no idea where the animals had come from when they descended around 7 a.m. He further reported the munching goats took a bit of a toll on residents’ landscaping.

#Breaking – About 100 goats are on the loose right now in a #Boise neighborhood. They are going house to house eating everything in sight. Nobody has a clue where they came from…updates to follow pic.twitter.com/K0ghUwQEfk

Turns out, the goats did indeed have a place they were supposed to be. A business called We Rent Goats, which owns a swarm of 500-plus goats and rents them out to clean up weeds and brush up yards or pastures, had dropped off a herd of 118 goats at an area pond to do a bit of, well, maintenance.